The mind is a funny thing.  I have been wanting to write something about the special friendship I had with Roxanne for a long time now.  The words have been jumbled up in my head for years now and I just couldn’t seem to put pen to paper.  It’s strange that I’m feeling compelled now – after all, it’s not September 18th, her birthday,  nor April 19th, her deathday, so why now?

Well, here’s why:  I have bought every single issue of Kinfolk, a Guide for Small Gatherings,  since its very first issue (sometime in 2011).  It is one of my favourite magazines and yet, I had never read an issue completely until now!  It is a magazine to be savoured and enjoyed so I guess I kept thinking I’ll take the time one day.  One day as arrived!  I have finally started reading them cover to cover.  Two nights ago, while reading Volume Two, I landed on the article “Tea for Two”, written by Alexis Siemons.  A flood of memories came back to me as I was reading.  Once done, I lay the magazine down and started composing in my head.  I continued thinking of how I would write this during my daily walk with Zeke yesterday. 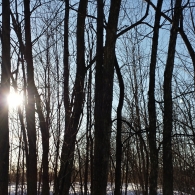 (Couldn’t help including some pics though they’ve nothing to do with this subject!)  Once in from the cold, I immediately made myself a cup of tea to sit down and write.  Again, I had trouble putting my thoughts in order and had to step away.  How to do this story justice and impart the essence of the friendship we had?  Finally, I just dove in.

I met Roxanne in CEGEP – Champlain College on her 17th birthday:  September 18, 1981. (In Quebec, CEGEP is sort of the equivalent of college – the usually two years between high school and University, if you will.)   Her locker was kitty corner with mine.  She shared hers with Caroline (her friend from high school) and I shared mine with Stephen (my friend from elementary school).  We had only been at Champlain for a few weeks so we were still all a little wide-eyed about the whole thing; trying to get our bearings, trying NOT to get lost between classes, trying to resist the temptation to ditch class completely and hang out in the Band Ring (centrally located, where we were allowed to smoke and the DJ played great tunes and more importantly, where all the cool kids hung out).  The last was the hardest to resist!  Especially for me as I had just come from a private high school where each movement was monitored and ditching a class was so not an option!  All of a sudden I was free to do as I please…. not a good thing for me, but I digress!

We just clicked.  I’ll never forget walking into our locker area and hearing:  “Daaaaaaaay-0!  Me said daaaaaa-aaaa-aaay-o!  Dale no come ‘coz she gone to French!”  Yep… Roxanne bellowing at the top of her lungs for all to hear.  And then the laugh.  I could never describe her laugh properly.  It came from the deepest part of her and just burst out in a joyous and loud sound!  (‘Course, on our many sleepovers, she also got in trouble for said laugh…)

On April 14, I turned 18 so we three went to this brasserie (quite the dump at the time) situated in the metro within walking distance.  It also happened to be on a Wednesday where there was a block of two hours with no classes (for all) and no one had to skip class.  So, what are the chances that on a Wednesday afternoon, between noon and two p.m. there would be a police raid?  Seriously!  Well there was!  Apparently the cops got a tip that some drug dealer just happened to be there.  They of course went around to each table to verify our IDs and, well, I got wished a Happy Birthday and Caroline got picked up and brought in as she was still underage!  She gave the keys to her mother’s car to Roxanne to bring it home.  Why Roxanne did not also get picked up, I cannot say!

As time went on, we became more of a duo than a trio.  I dunno why.  I’m guessing the three weeks Caroline went to Africa for Christmas holidays permitted Roxie and me to get closer.  One of those things, I guess.

Roxie and I loved to dance.  So much so, that we always went to” L’Entente” in my hometown of Boucherville (upstairs was a brasserie and in the basement was a disco, where we basically lived for two years!) and where we always arrived early – very uncool – like 9:30 PM – so we could have the dance floor to ourselves!  We would order one Tequila Sunrise or one Zombie each and sip it alllllll night!  Besides the fact that we were poor and  I had to drive, we didn’t have time to drink, we were too busy working up a sweat busting our moves!  Oh. My. Lord.  I am not making myself any younger with this one!

This was our MOST FAVOURITE song!  It came on and that was it!  Follow it up with “It’s Raining Men” and fuggedaboutit!  We were not going to rest!

Three days before Roxie’s 18th birthday we were again dancing at our favourite spot when the raid happened.  I handed her one of my IDs (there were no pictures on our driver’s licenses in those days) and then went to sit with other people I knew.  She got asked THREE TIMES to show her ID and me, not even once!  They didn’t buy that she was 18 so they picked her up and into the

she went, along with a bunch of others!  Now, she lived a few towns over from mine and once again was sleeping over at my house.  She explained this to the cops who of course still called her folks (did I mention HER dad was a cop?) to ask if it was OK for me to pick her up… this was of course, after they asked her dad if he knew what his daughter was up to… He gave his OK and I was called to come pick up my delinquent friend.

I got to the police station and all the under aged kids were sitting or standing around waiting for their parents when my neighbor yelled: “Hey, she’s my neighbour, can I go home with her?” ” ‘Course not, your mom is coming!” was the answer she got.  Meanwhile, a cop calls out “Roxanne! Your dad said you can sleep WITH HER tonight!”  Hah!  Roxanne gets up, slaps him on the belly and says “Hey!”, laughing that laugh.  Seriously.  Good thing he was in a good mood and just laughed it off.  As I am with the memory now…

As much as we loved to dance, our most favourite thing to do was to spend hours and hours and hours sitting on the floor in either her bedroom or mine, smoking our “Belvedere Extra Mild” cigarettes (no worries I quit eons ago), playing gin rummy, listening to (and singing with) Air Supply and drinking pot after pot of tea. 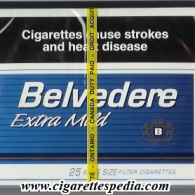 I just want to bask in the memory of that wonderful friendship we had in the early days.  Roxanne is sadly gone, having passed away at the way-too-young age of 43, leaving behind her son and daughter, her parents and siblings and friends.

In the very beginning 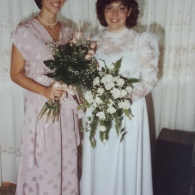 A pot of tea, sitting on a trivet, will always help me remember that bubbling laugh.

23 thoughts on “Tea With Roxanne”