I used to do a Gratitude Sunday/Sunday Gratitude/Weekend Coffee Share, in which I gave thanks for whatever happened during the week.  Somehow these posts have fallen to the wayside.  I think it’s time I brought it back, different format, though.  Doing challenges like Pegman and Weekend Writing Prompt are all fine and dandy but as a result, I was feeling a loss.

“Let us be grateful to the people who make us happy; they are the charming gardeners who make our souls blossom.”
― Marcel Proust

Maybe that loss is being felt because I’m frankly exhausted  – a term I find gets overused by those who are merely tired.  We seem to have entered the age of extremes so why should one not be exhausted instead of merely tired.  I must admit defeat.  I am bloody exhausted.  A co-worker and I were talking last night before the big 260-person benefit evening, that this October, in particular, has been particularly grueling.  It’s supposed to be the slowing down of things at the golf club.  Instead, it has been one event after another and we are just plain exhausted.  I just did a nine-day run and frankly, today could not come soon enough! 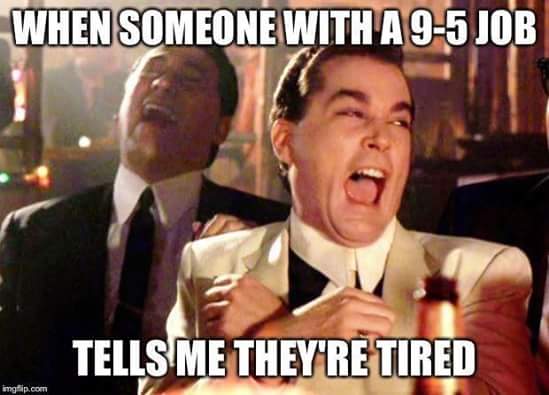 So what did I do on my one day off that is supposed to consitute my “weekend”?  Well, once I got up at the crack of 11:00 am (I worked until 1 am the night before…) I made myself a couple of coffees and had a bite to eat.  Then.  I have a fabulous brother-in-law, Sébastien, who changed my tires for me.  As I sat there watching Sébas and his son, Nicolas work together, joking and ribbing each other, innuendos galore, I could not help but smile.  I then drove home with tears in my eyes.  I couldn’t help it.  I couldn’t help but think that my boys did not get long enough with their father to learn stuff.  I will never forget Iain telling Mick, lying comatose, that he couldn’t leave yet as he still had so much to learn from him.  Broke my heart.  It’ll be four years and I can still hear this clear as day.

Could not decide between the following two quotes, so have included both.

“You can’t love your mother or father if you don’t also have the capacity to grieve their deaths and, perhaps even more so, grieve parts of their lives.”
― Glenn Beck, The 7: Seven Wonders That Will Change Your Life

I got home, unloaded my summer tires and Iain was clearing out the shed.  I asked him if he wanted to come with me to the market to get the goods to make salsas and jellies and he said that nah, he had some stuff to do…

“God know that a mother need fortitude and courage and tolerance and flexibility and patience and firmness and nearly every other brave aspect of the human soul.”
― Phyllis McGinley

I hid my disappointment and went to the market.  It’s amazing… Just yesterday – I swear it was yesterday – it was September.  I had told myself I would get all the stuff necessary to make salsas, that we’d go apple picking and visit David at his Britannia Mills mini-farm to pick up hot peppers to enhance our goodies.   Well. So much for that.  Here we are October 21 and my hopes for getting anything besides pumpkins were, to say the least, slim at best.   Luck was on my side.  I snagged a couple of boxes of not-so-beautiful tomatoes for ten bucks, plus 2nd rate apples that are “not fit for sale” for $15 instead of $22, as they are not perfect (pffft!), a box of bell peppers, a couple of braids of garlic, onions, a couple of pumpkins, some honey – because, when in these markets, everything looks fabulous.  Was so bloody cold, I forgot to take a pictures of the market!  Darn.  Iain did go to David’s on Friday, so the pepper situation was taken care of. 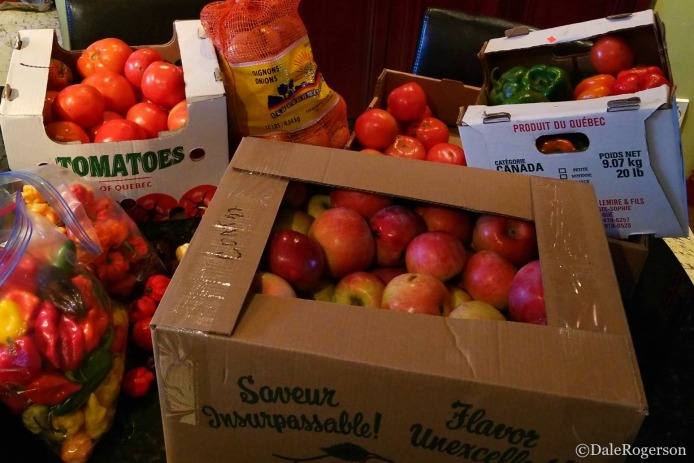 Home once again, I unloaded my stash and Iain was washing his car.  Brought in the goods and he moseyed over to see just what I had managed to find.  Was as pleased as I was so…  I canna lie, there was a liltle bit of pleasure on my front – again hidden.

I started chopping veggies for the salsa, asked Iain which peppers he wanted me to use and made two different batches of salsa.  I took it as a good sign when I went up to his room where a serious video game was going on with Aidan and his friend, gave him a spoonful, he took, coughed, and said “Was not expecting quite that much heat!”  Mom still can rock it. 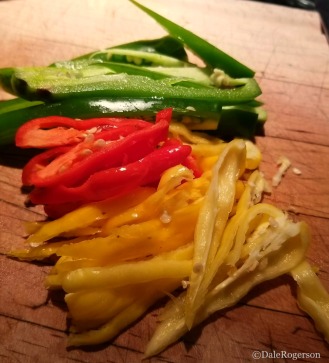 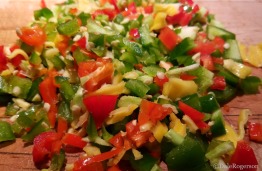 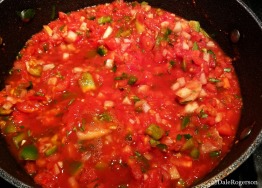 While working on my second batch of salsa, Iain came in to chop peppers and ingredients that he planned to turn into hot oils and  sauces.  His dehydrator has been working on drying out one of the peach somethings (not sure if they’re ghosts, morughlas, reapers or what – all’s I know is they are friggen hot) so he can turn them into chili powder – not anything you’d find in your standard grocery stores…

I looked at him and said, “I know you don’t like anything mushy, but I really enjoy when we work on something together.”  I just got a look.

“Isn’t this the truth of any good mother? That in all of our lives. We worry only about those we brought into this world, regardless of whether they loved us back or treated us fairly or understood our shortcomings.”
― Adriana Trigiani, Big Cherry Holler

I know I can never fill in their father’s shoes, nor do I want to.  I can give them what I can.  I can be there for them in my capacity.  There will always be those moments where I’ll think, “Damn, Mick should be here teaching them this lesson” but that is, I know, futile.  And I can hope that I’ll be enough.  And that one day, they will think back and say – Mom was there when we needed her and did the best she could.