Home » Family » Spring is a Good Time to Go

I had planned on a Sunday post filled with flowers…. Here we are Monday.  Spring means life even if it also brings death. And in this case, my mother-in-law, Jean, aged 85 and almost two months, passed away just before midnight on Saturday – another COVID casualty.  I guess it was fitting for her to die on a Saturday; she did like to go to Church on Saturdays.  She went four-five times per week but loved the Saturday service best. Makes one wonder just why she needed it so much. I have my theories but I shall keep them to myself.

Mother’s Day 2015, first one without Mick

We had a strange relationship, Jean and I. She was not an easy woman to deal with. In one breath I was the best wife, mother, cook; and in the next, I was the bitch who had her locked up.  If she only knew it was me who pushed her son to go get her, to return her calls, to keep her updated on us.  Or that I did what I could to have her be able to stay in her apartment, even if just for a while.  Neither here nor there, now, is it?

She was not a loving mother to her only son during his childhood, though I think deep down she did love him, in her way – it was just a really tough kind of love.  Neither one of them forgave the other completely for past pains.  And they both had plenty. 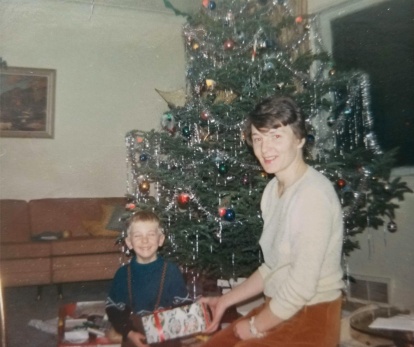 She did love her grandchildren, even if she could never get them straight.  Austin was the easy one to remember because he died.  And she focused on death.  All. The. Time.  Conversations were always of the genre:  “Clara (or insert any name) died. Cancer/heart attack/insert malady.”  “Who’s Clara? (again, insert name never heard till now)”  “A friend.”  “So sorry to hear that.”

January 2011 with her grandsons

We only saw her once or twice per year; three, on special occasions.  Mother’s Day and Christmas Brunch, Mick would drive the 45 minutes to pick her up, bring her to our place or the restaurant, and, after the event, do the same trek.  We’d offer to take her out once and again and she always refused, preferring to come to our place.  Despite my being the “best cook and baker”, she didn’t enjoy food.

Her relationship with Mick was very complicated.  Mick had shared with me his version of his history and I tried to get her talk about hers. She didn’t divulge very much but got very defensive.  I came to the conclusion that both were pigheaded in their refusal to accept their part!  Still, when we take the time to see, she did the best she could with what she had and she was alone to do it.  And, when push came to shove, Mick was there for her (and then I was) and she was there for him (and for me after he died).  Even if it was by duty.

She was pretty pleased to be the mother of the groom.  This was definitely one of her happy and proud days.  Mick insisted on treating her to a shopping spree, make-up and hairstyling as she was not one to splurge on herself. At all. So it took some doing and a threat or two on his part for her to acquiesce.

It is hard to say how I feel as I wasn’t truly in a position to create a close relationship with Jean.  Her son kept her at arm’s length and I had to respect him.  He had his reasons, after all.  After Mick died, I kept up the annual pilgrimage to pick her up and bring her over for Mother’s Day until her fall in July 2017.  At that time, it was discovered she was in the beginning stages of Alzheimer’s and would not be abe to return to her home.  I spent a lot of time going back and forth doing what I know Mick would have done no matter how much he bitched about it. Because deep down, we do care. 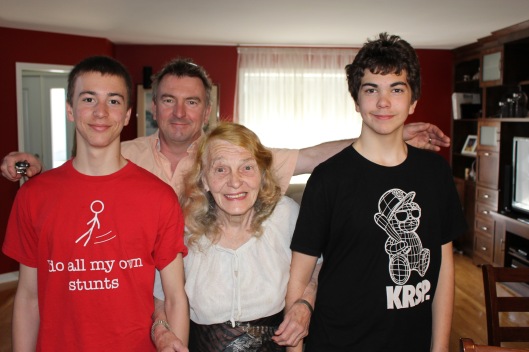 So my visits with Jean, with or without the boys, were every few months.  With each visit, it took longer for her to remember who I was and always asked why Mick wasn’t with me. To which I would reply because he was “working” – what would be the point of making her cry about her son’s death when in five minutes she would ask me again how he was and why wasn’t he there? And, of course, she never, ever, stopped asking to go home. The staff at Lev Tov said she asked every single day.  Drove them nuts with it.  She was a proud woman who had always taken care of herself and loathed her lack of independence.  She was not a happy woman but those in her circle loved her and thought her such a nice lady. 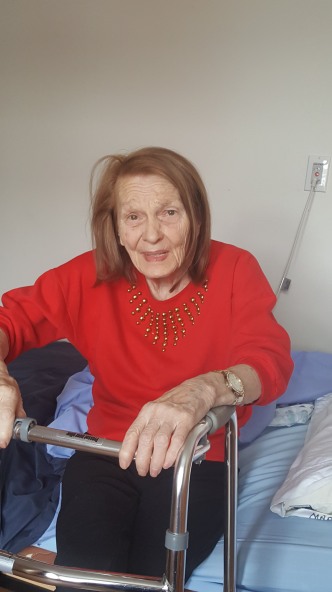 After a hair-styling at the residence

I hope she has finally found peace, wherever she is.

Follow A Dalectable Life on WordPress.com
ABOUT EVERYTHING AND NOTHING
walkingoffthechessboard