Swimming in the lake 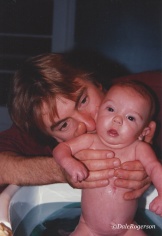 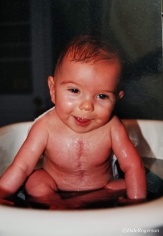 I can sit by myself!

He was a surprise, and arrived too soon, and with many challenges.  His heart was broken, but they believed it could be fixed, later.  In his seven-month, twenty three-day lifespan, I discovered a strength I did not know I had. I discovered I was capable of dealing with a sick child and giving him so much love and the best life I could for the five-and-a-half months we had him at home.  He saw his aunt barrel race, he kicked his feet in his grandmother’s lake and in our pool.  He was adored by all.  I refused to keep him in a bubble, knowing, I know not how, he would not be with us for a long time.  No medals, no ribbons, no accolades can ever match the self-respect and pride I feel for handling Austin’s birth, life and death with the grace I did.

Nurtured by the sun until… 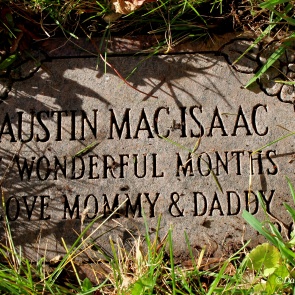 It’s all Merril‘s fault again.  I wasn’t going to participate in yesterday’s dVerse challenge because I thought it would be too hard. Then I read Merril’s and decided to go for it.  Lillian is the host and she asked us to write about one shining moment in a Haibun WITH a KIGO AND a SAIJIKI – what the hell are these things?