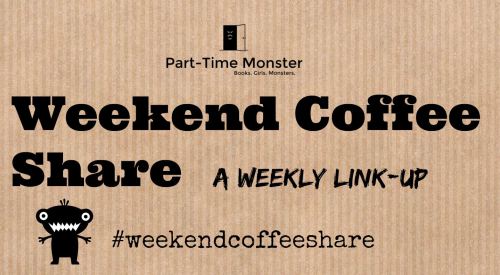 If we were having coffee, the first thing I would do, would be to tell you it’s very late so I’ll be having decaf.  Do you want full-test or decaf as well?  Here I am a Sunday night, 11:00 PM, writing this when I should be hitting the hay.  It’s been a most busy week and week-end and tonight I chose to sit on my duff and watch the mid-season finale of The Walking Dead with my boys and, after that, why not watch Into the Badlands?  It totally felt like that was the first time since having coffee with my sister, Lisa, this morning at 9:30, that I actually did sit down!

If we were having coffee, I’d tell you I got caught with my cellphone in my hand -wasn’t using it, mind, and got “gifted” with a $120 ticket and 4 demerit points.  Sonovab…!!!   This did not stop me from enjoying my sister’s Tocara jewellery presentation that evening and resisting buying more stuff.  Sigh… I shall definitely have to abstain from all future invites! 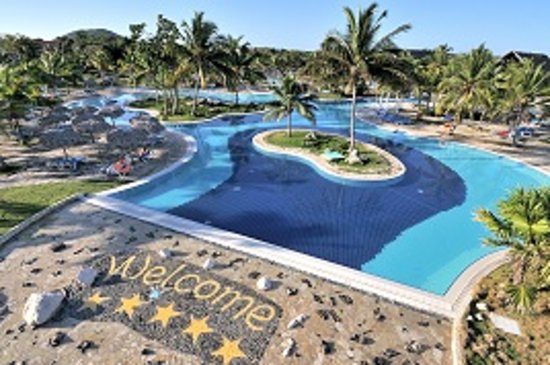 If we were having coffee, I’d tell you that I had an exquisite Tuesday.  I booked our trip for Spring Break.  Just me and my boys.  Though I’ve resisted the whole Cuba thing till now, I did finally decide now was a good time to try it out.  We’ll be staying in Holguin at the Playa Pesquero.  Apparently, the food will be decent (the reason I’ve avoided going this long!)  On my way through the mall, I stopped off at the Videotron kiosk to find out if I was due for an upgrade.  Poor phone has not been the same since it went for an involuntary swim this summer.  And I was!  Woot!  At no extra cost to boot.  Still trying to get used to this HTC phone.  I had a Samsung and was told that HTC had an even better camera so I figured what the heck?  That evening I went on a date to a most delicious restaurant called Tandem.  Oh. Em. Gee.  I had a bison short rib to die for.  I’m still thinking about it! 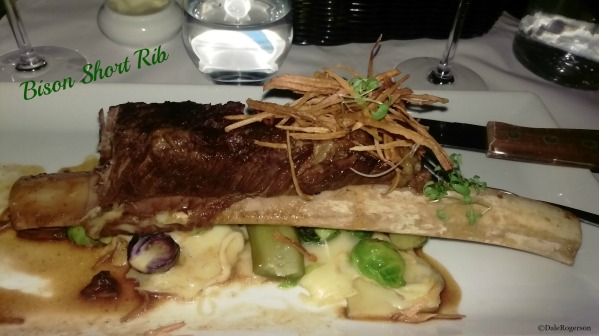 If we were having coffee, I’d tell you that on Wednesday, I had to drive all the way into town for a doctor’s appointment, wait a whole bloody hour before being seen.  Four hours later, I returned to almost the same area of town for a fabulous sushi and girl-talk with Patti.  Her daughters were not too sad that there was an overabundance and that they could have some too.

The rest of the week was work (Pier 1) and work (cooking).

If you are not too tired, I’d finish off with my Saturday.  The store was over-staffed; or rather, was under-selling, so I managed to take the day off and go to my goddaughter’s bowl-a-thon with Aidan.  Iain was working and could not join in the fun.  Actually, of the three sisters’ families, we each had a child who was away at work.  The rest all participated.  What a hoot and a half!  Ever been “disco” or “laser” bowling?  Wish I had been wearing at least one pale item of clothing.  I could have flashed as they did!

Our first two games went rather dismally.  I did managed to get scores in the three-digits, but nothing to write home about.  On the third game, Tracy and her gang had to leave to go to a family party so Lisa and I and families stayed behind and played for two people each.  Lemme just say that I was the leader! 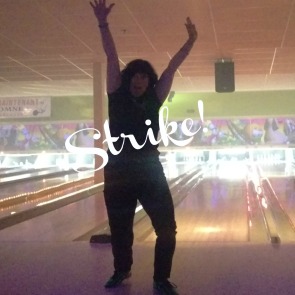 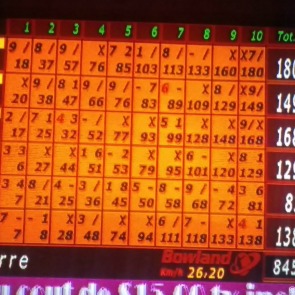 After our bowling fun, the Kiakas clan came over.  Not bad, Aidan invited them over and they brought the pizza!  Was fun to just sit and chat and relax.

Of course, I totally paid for it today.  Lisa left around 10:30-ish and I had three meals to make!  I made stuffed meatballs, chicken piccata and beef stew. 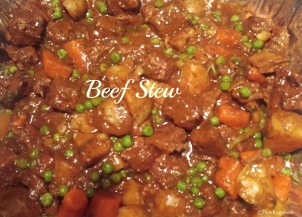 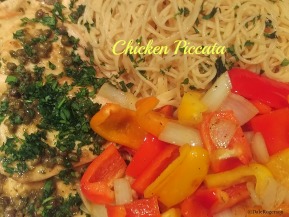 Now that I may have left you hungry, I shall bid you a most wonderful week and look forward to reading your coffee shares!

In my over-zealousness to get this post out, I totally forgot to acknowledge Diana, our hostess for Weekend Coffee Share (though clicking on the top image does bring you to her site)!  As well, I never mentioned that clicking on this link would bring you to all the other wonderful submissions!

I apologise profusely for my lack of manners.

I was so enraptured by participating in Frank’s “Alternate Ending Challenge” and reading the other submissions that I completely forgot to write my Sunday Gratitude Post!  OK, OK, I lie.  Truth be told, I don’t like to post more than once per day so I made the decision to play with Frank and his readers rather than write my little weekly post.

So, after a week that felt like I never left the kitchen other than to shop for more food or deliver the goods, I can officially say I’m glad to sit on my duff and just breathe.  Plus, it’s been +30ºC with a humidex making it feel more like 36ºC (that’s 100ºF for you Americans…) and my pool is dead ~ for now ~ that about all I have the energy to do is exactly that.  Sit on my duff. 😀

I was supposed to participate in Joy’s photo class and haven’t been out to take a single shot so far!  I have to check, but I think they are already finished… 😦  No matter, I was participating as an alumni, but still.  I did manage to go in and see what was going on a bit… sigh… 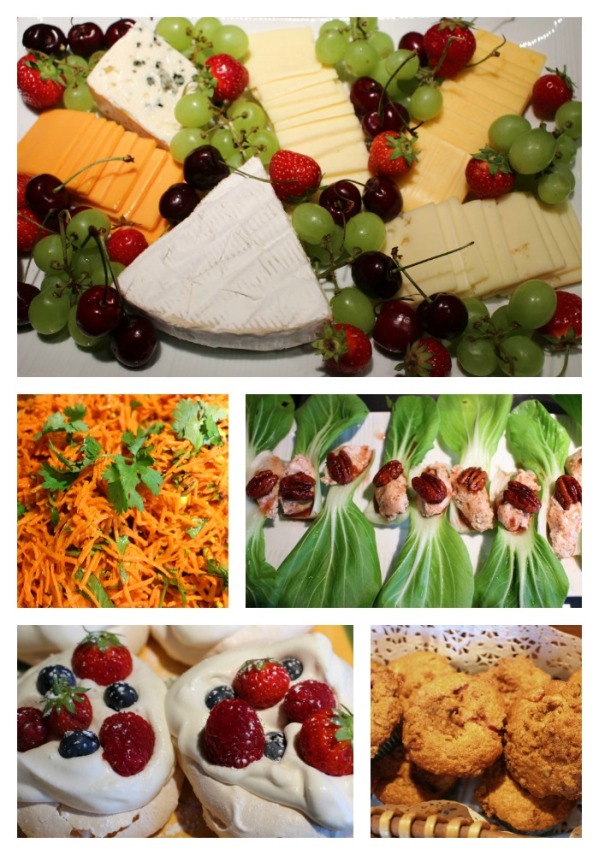 Another fabulous week has come and gone.  Canada celebrated it’s 148th birthday, the United States celebrated their 239th anniversary of independence, my boys passed their school year, enjoyed more music and friends and so much more! 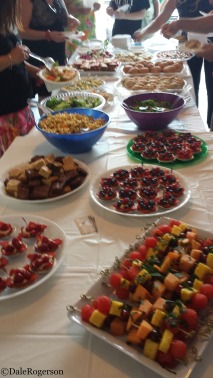 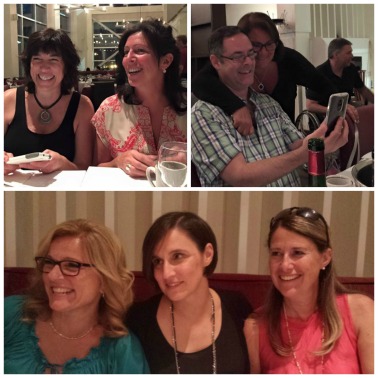 First day of Summer or Summer Solstice, Father’s Day.  Sunday!  So, to you, my Daddy readers, I wish you a most wonderful Happy Father’s Day!

These Sunday posts are all about gratitude but I must allow a little moment of sadness for my boys who are experiencing their first Father’s Day without their father, and for me, though it’s the second one without mine.  We were all blessed to have these men in our lives for the time we did! 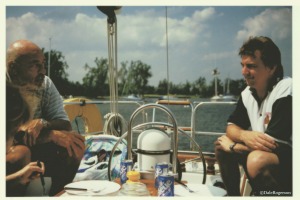 So, on to business!  It was quite a busy week for me, cooking-wise but I did take time to enjoy life!  (But I will still tease you with some food images…)

Sheesh… only one more week left in November!  Between my wonderful photography class with Joy Sussman, my Italian wine class (boo hoo… last one is this coming Thursday), my couple of catering jobs… time just flew!  Thank goodness because it didn’t allow me to focus on any negatives for longer than necessary!  There are always bumps in the road but the goal here is to not focus on them… Acknowledge them, face them, do what needs to be done, learn from it and move on!

There are quite a few photos I took during my class that I’m proud of and it was pretty difficult to choose but one… so, what the heck, here are a few! 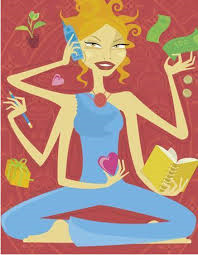 Do you ever unwittingly overbook yourself?  I sure did this past week!

Jeez Louise!  I had my weekly meals to make for one client on Monday.  (Every Monday, Jean arrives at 5:00 pm to collect his two meals for that week.  Usually one is for that evening and the other for whenever they need a break.)  They are always surprised because I don’t tell them in advance what they’re getting!  Fun, eh?  So this week was Chicken Parmigiana and Greek-styled grilled shrimp and couscous. 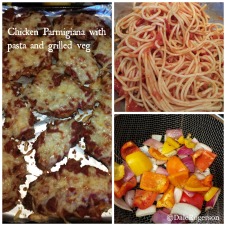 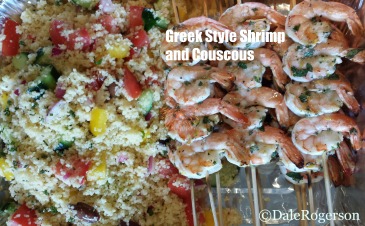 A friend saw my post and said that, had he known he could, he would have ordered a meal for his family.  I told him he was totally in luck as I had the necessities to make him the same for the next day, if he so desired… He did.  Sooo cooked two meals on Monday, one on Tuesday (not counting my own!) aaand, as I had gone to said friend’s orchard on Sunday and filled up a large grocery bag with Paula Red apples (early ones) and totally emptied one of his crab apple trees, I had me some jelly to make!  So, on Monday morning I cooked the crab apples set them to drain their juice.  After the meals were picked up, and we had our supper, I made the Crab Apple Jelly. 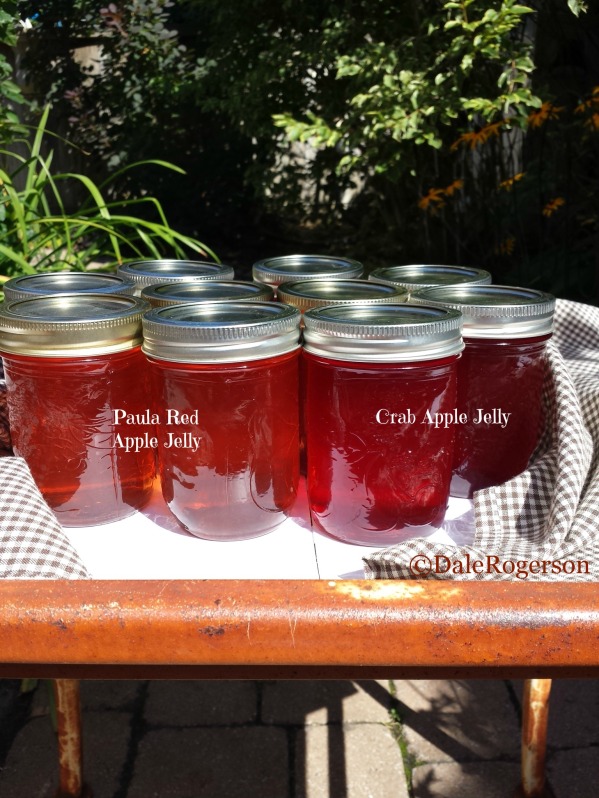 Meanwhile, I had given my name to be a recipe tester for not one, not two, not three, but FOUR recipes (having no idea at the time that I would have so much to do!)  I made a drink recipe (can’t share the details, top secret!) on Tuesday night – bloody good, I tell you.

Yesterday I made the final batch of jelly, this time adding hot peppers to the mix…  Then I made the second recipe…

Somewhere in there I managed to give Zeke a good two-hour walk (then again, it was because I couldn’t sleep! 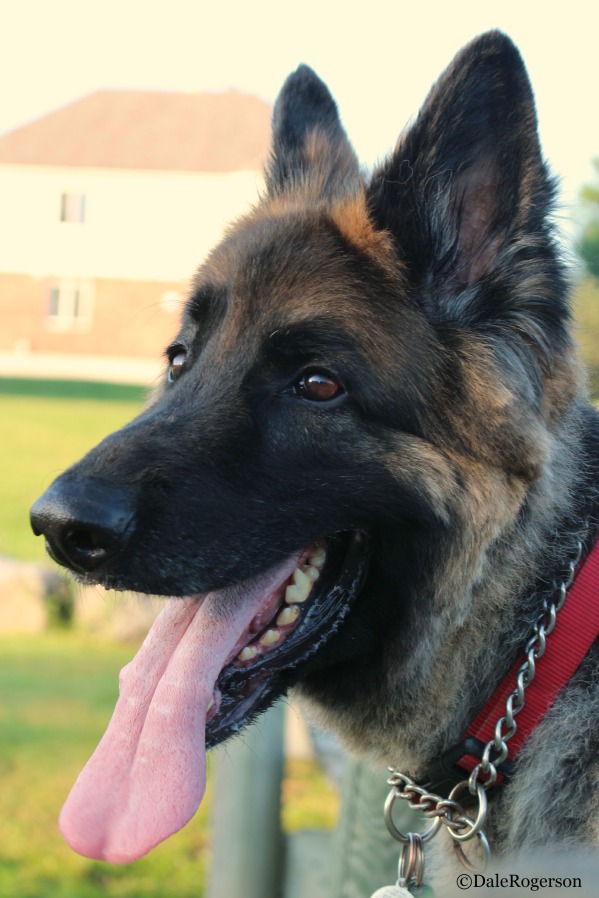 Today, I volunteered at my sons’ school in the morning for the picking up of books and schedules and payment of accounts, got home by 1:00 p.m. and made a third recipe.  Ooohhh… cannot wait to be able to share with you!

Finally, here I am, resting my buns   having just returned from meeting my bestie for a dinner of sushi and WINE and great company!

Tomorrow, we drive a good six miles to go hang out for two nights and three days with a good friend and his family at his cottage.  The only work I’ll be doing there is, yep, you guessed it, cooking!  But this will be just for us and there will be no schedule attached!  Jeff and I have mostly given Anne and Mick the week-end off cooking duties, minus one each!  Anne is making the pizza dough and Mick is making his special chicken wing sauce.  The rest falls to Jeff and me and we can’t wait to cook together.  Fishing, Eating, Drinking, Sitting by the Fire…

Bummer… took forever to do the laundry from our Five-day-getaway… but I did manage to dry about six loads on the clothesline!  Pretty happy about that!  Did some pre-shopping for my big catering gigs this Wednesday and Thursday (but have more to do as I want things to be as fresh as possible).  Just couldn’t seem to find the energy to watermark the pictures I’ll be using in my upcoming “Mount Washington Post” which I promise I will do this week!  I have to as we are leaving on Friday for our realz vacation in Cape May New Jersey!  Let us just say it will be a tight week!  But one that I will truly enjoy! 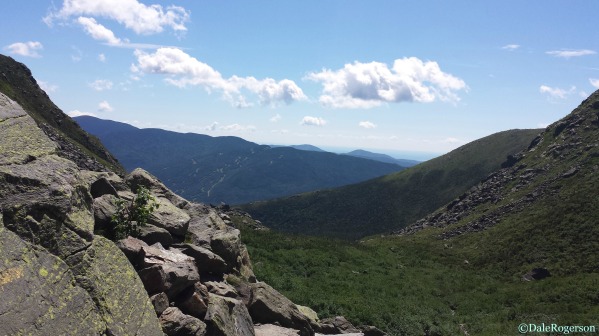